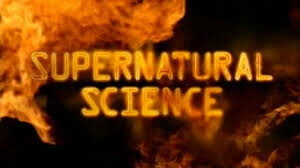 “The Idea of the Supernatural, or Religion vs. Science and Technology,” by Andrew J. Schatkin

Up until the beginning of the 19th century, most of the Western world adopted a Christian worldview. That is to say, they believed that their actions in this earthly life would possibly bring them through faith in Jesus Christ, to eternal life in heaven or, in the alternative, should they fail as human beings in these respects, eternal punishment in hell.

Perhaps it might be more accurately stated that the Christian worldview of another supernatural realm existing parallel and above this earthly realm had its last heyday in the l7th century.
For example, John Bunyan’s Pilgrims Progress; the poems and sermons of John Donne; the poetry of George Herbert; and; most significant; the great epic poem, Paradise Lost, by John Milton reflect this perspective and emphasis. In the course of the 18th and 19th Centuries, the Christian worldview of another world and of our actions in this world earning our place in another world have been gradually eradicated. The first example of this eradication and the end of society’s consensus in this respect was the Enlightenment in 18th century Europe. With the advent and progress in science and technology in the 19th and 20th centuries, at least in the Western world, the Christian set up of the world consisting of hell, heaven, and earth has lost its hold on many people.

It should be noted that, surprisingly, despite the enlightenment and the growth and development of science and technology, many people still have religious beliefs. This has surprised many academics and perhaps politicians and businessmen who are either too proud or too pragmatic to see the point of religious belief. Nevertheless, throughout the world and even in Western Europe and in the United States, there are many profoundly religious people.

For many people, however, science and technology and, as it were, material progress, have weakened the hold of religion and, in particular, Christianity on many elements of the population, particularly the wealthier and more educated classes and even the middle classes. Religion it would appear in whatever form it would take may seem to have a greater appeal to the poor and more disadvantaged groups in society. This should come as no surprise since Jesus of Nazareth, even in his own time, attracted mainly the lower caste elements in his own society or, to put it more bluntly, the poor people who saw in him hope for equality, respect, and the hope of being valued and raised up within a system which as is true in most systems excluded and denigrated the poverty-stricken.

I propose to comment on the idea of the supernatural and on whether it still has validity in this era where science and technology hold sway. The benefits of science and technology are obvious. In many ways, this is the best and greatest time to live. In 1900, in the Western world, the age span on the average was 40. In 1940, it was about 60. People now live more frequently to their seventies and eighties and even nineties. Technology and science offer a better and more available world. Whereas people once were confined at one time to their neighborhoods, they can now easily and at a cheap price travel all over the world and see the world. In general, more is available.
Almost everyone in the United States owns a car and has a computer.

In short, the enjoyment of life and the availability of many material goods have markedly increased and improved the life of most people. For many people, having even a house one hundred years ago was not even an option. Nowadays, with computers, people can establish relationships with whomever they may choose and regard as like-minded all over the world. Because of science and technology, race and religion prejudices are no longer available options since the world has become more interconnected and globalized because of science and technology. The status of women, who are now independent, has probably improved for the better since material prosperity for them has resulted in less confinement to home and household drudgery. In short, the world is quite a better world for science and technology and life has improved for many if not most people.

The question is, Is religion and the idea of another world relevant? I think so. As a starting point, the world is an extremely evil place, riddled with corruption. Human beings regularly kill and torture each other and ignore other people’s needs, confining themselves to their own selfish little worlds and trying to get as much for themselves as possible in contradistinction to the needs of less fortunate individuals. The world, one might say, is a jungle in which the strongest get the most and best, and the weakest are left behind. Also, everyone dies sometimes with a prolonged period of pain and suffering. I do not think men are all bad and there is good in them but, for most people, life is a struggle to survive and because of that the world is a panorama of people scrambling for as much as they can get and to that extent elbowing out in the process most other people. Moreover, there are questions as to how we all got here where we are going and literally what life is all about. Are we just brute animals or something more? Does this life end as unpleasantly as we came into it, live in it, and finally die in it?

I think science and technology, although on a temporary basis they have done much for people, offer no ultimate answers to the questions I am raising. Yes, religious belief has been abused by twisted, corrupted and degraded human nature to obtain power over people. Nevertheless, all in all, I have to say that religion and, in particular, Christianity tries to offer a few answers to ultimate questions that perplex most people if thought about. Unfortunately, most of us are too busy surviving to give much thought to ultimate life questions. Religion and, in particular, Christianity provides a few answers. It posits that the world is corrupt and mankind is a fallen species encased, for want of a better word, in sin. It says that this situation may not continue if, basically, we raise ourselves up in our human nature. It says that we are not just beasts in the jungle but something more and we have a destiny beyond our animal natures. Despite the world being a completely confused place, there is support for a spiritual realm. Certain gifted individuals create beauty, whether in literature, music, or the plastic arts, sculpture, or painting. Certain people provide extremely fruitful ideas that serve to remake civilization and make it better for all of us.

By the way, I think ideas are the moving force in society, not power and money. Power and money follow ideas rather than make them. Karl Marx sat in a library writing The Communist Manifesto and brought about the rise of communism and the Russian Revolution. Adam Smith wrote The Wealth of Nations and brought about a capitalistic economic system which people are adhering to and following to this day. The idea is the creator and leader; the people who adopt it are the followers, whatever power they may attain to or hold.

Let me end this essay by saying although science and technology have made a better world for us all, unfortunately they offer no ultimate answers. There is no man or woman alive that will not see death; there is not a man alive who will not suffer in their lives, whether at the hands of impersonal and external forces, such as disease or, sad to say, at the hands of their neighbors, in their jobs and marriages. I would also add that love is a scarce commodity in this present world. Everyone wants it but nobody has time to give too much of it. In short, the world is an extremely fractured, deficient, and broken and twisted place. Religion and the Christian religion offers an answer that despite all this we are something more and can be something more. It is this proposal and idea that religion and Christianity offer us. I, for one, happen to think that there is something beyond the material world and agree with the religious and Christian worldview that ultimately, if we are not spiritual and intellectual, we are nothing.