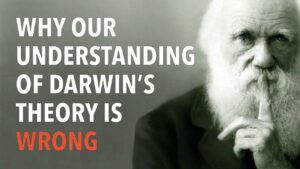 “Evolution, Not Creation: A Darling Issue and Theory of the Left,” by Andrew J. Schatkin

The theory of evolution has acquired a factual scientific basis for the left and the academic community. The theory was first promulgated by Charles Darwin in several books including, “The Origin of Species” and the “Voyage of the Beagle.” The basis of the theory is that species and life came to be through a process of natural selection and survival of the fittest. Darwin based his theory on an examination of fossil remains. In academia, the theory is presented not as theory but factual truth. The so-called Christian fundamentalist who rejects this theory and maintains the truth of the Biblical Revelation as found in the first and second chapters of the Book of Genesis is seen by the left as backward and in the past. In many ways, they are made fun of as ignorant, uneducated, and backward. William Jennings Bryant, a four-time candidate for President and a leading member of the Presbyterian church at that time, was painted the fool for opposing the theory in the courts of the State of Tennessee. Mr. Bryant was no fool or behind the times or attempting to turn the clock back but a sincere Christian layman who was a leading advocate of women’s rights at that time, clear evidence of his consistent Christian faith and convictions, since he well knew that women and men were both created in the divine image as stated in Genesis.

I have as a Christian and a thinker a problem with this theory. First, there is a vast difference between men and apes. There is some sort of connection but great difference. Moreover the theory provides no real explanation of how these various species came to be. Then I must ask why this development suddenly stopped. Why are we not seeing more species coming out of the sea and new and greater forms of human beings arising? I also ask how can all this have happened by accident? Massive developments of new species cannot and do not happen by accident. My car was not made by accident; where I live did not happen by accident; everything that happens in this life has a cause from the time we are born to the time we die, from the time we get up in the morning to the time we retire to bed. Everything is a series of causes and effects.

Evolution fails to account for the facts as presented. Evolutionists ignore causality. I find everything has a cause and in a sense is created. Evolutionists make fun of people who adhere to the biblical account of creation in seven days; I do not because I know that everything that exists was created, from a Gothic Cathedral to a Mozart Symphony. This is closer to truth than to maintain we came as fishes from the sea.

Evolution is a poor theory and a poor explanation for a complex series of events that had to have been caused and created. The left is in the habit of mocking and making fun of fundamentalists. The fact is that fundamentalists who adhere to the events and truth of Holy Scripture give a better account of things than Darwin and his theories. It is an insult to my and any other person’s intelligence to contend that all life comes from a series of accidents. The biblical revelation, however minimized, decried, and seen as so much myth and foolishness, is the revelation of God to the world and cannot and will not be defeated by faddish modernity. I know one thing: that nothing in this life and world happens without a reason and cause. I stand on facts and obvious truth that there cannot be and is no other explanation of this earth, its life, the solar system, and the universe, other than that which is brought about by the hand and mind of God.