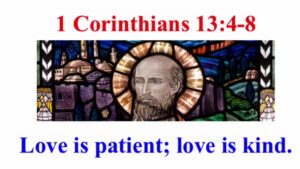 “A Little Light on Intellect, Intelligence, or Being Smart,” by Andrew J. Schatkin

In our modern world, intelligence, intellect, academic intelligence, or being smart for many people, if not most, has a premium value. Our society is a competitive one, and puts great emphasis on intellectual and academic ability. We admire people who are smart, and often many of us, if not most of us, have the desire to be smarter or brighter than the others around us.

The simple reason for this is that in the past men, and to a lesser degree, women, accomplished their ends by brute force. Cavemen used their brute strength to vanquish their neighbors, enemies, or adversaries. For many centuries, this was the most frequent scenario in our society, that is to say, men took what they could get, whether wives, land, goods, or whatever else, by brute strength. It should be noted that the class structures in our society, even in the modern world, have their genesis in particular families having acquired more wealth, goods, and land than others, at some point in the past, thereby becoming “upper-class” and by that method attaining economic superiority if not economic subjugation over their immediate neighbors, who in this process and devolution became “lower class.”

Intelligence, academic ability, and being smarter than other people have replaced brute strength as a method of obtaining power, wealth, goods, position, and status in our society. As a result of this, the modern world requires many years of schooling and puts a premium on those individuals who have the requisite academic talent to obtain, by this method, upper class status. Surely, there are other forms of talent and ability which include, creative ability, business ability, athletic ability, and, for the wife and mother, nurturing and caring ability.

In any event, as a convinced Christian I must differ from this emphasis on “smartness” or “being smart” as the main thing in life because that barometer does not take into account a person’s character. Paul the Apostle, the greatest of philosophical and religious thinkers in the history of the world, in my opinion, has a different view. St. Paul presents a different perspective on the premium the modern world puts on intelligence, intellectual ability or whatever might be contained under this rubric. In his letter to the Corinthian Church, Chapter 13, he says the following:

If I speak in the tongues of mortals and of angels, but do not have love, I am a noisy gong or a clanging cymbal. And if I have prophetic powers, and understand all mysteries and all knowledge, and if I have all faith, so as to remove mountains, but do not have love, I am nothing. If I give away all my possessions, and if I hand over my body so that I may boast, but do not have love, I gain nothing. Love is patient; love is kind; love is not envious or boastful or arrogant or rude. It does not insist on its own way; it is not irritable or resentful; it does not rejoice in wrongdoing, but rejoices in the truth. It bears all things, believes all things, hopes all things, endures all things. Love never ends. But as for prophecies, they will come to an end; as for tongues, they will cease; as for knowledge, it will come to an end. For we know only in part, and we prophesy only in part; but when the complete comes, the partial will come to an end. When I was a child, I spoke like a child, I thought like a child, I reasoned like a child; when I became an adult, I put an end to childish ways. For now we see in a mirror, dimly, but then we will see face to face. Now I know only in part; then I will know fully, even as I have been fully known. And now faith, hope, and love abide, these three; and the greatest of these is love.

It is clear that for the Apostle Paul to the gentiles, love is greater than fancy speech or even the speech of angels. Prophesy, mysteries, knowledge, and the faith to move mountains and material goods are nothing, for the Apostle Paul in comparison with the quality of love, or what might be better understood as charity. He says that when he was a child he spoke like a child, reasoned like a child, and thought like a child but when he became a man, he gave up childish things, which includes all those things that he had enumerated as nothing in comparison to charity or love. He says that of the three qualities of faith, hope, and love, the greatest of these is love.
For the Christian and for St. Paul, knowledge, intellect, arrogant intellectual superiority, or the desire to be smarter or better than others, is nothing and negative in comparison with love and charity. For the Christian, love is the aim, not being smart or smarter. It is love and charity that build a better world, not facile smartness. The ultimate aim is not being smart but being kind and loving. It is stupid to be smarter than others when the aim is stamping those around us intellectually under our feet.

A final note: I have always found it ironic and significant that Jesus chose as his disciples and apostles, not the richest and not the smartest but simple working folk, such as fisherman. To these seemingly not-so-smart people, he entrusted the salvation of the world.

This essay is taken, with changes and alterations, from chapter 27 of my book entitled “Essays on the Christian Worldview and Others, Political, Literary, and Philosophical,” pp. 66 and 67 published in 2011 by Hamilton books.