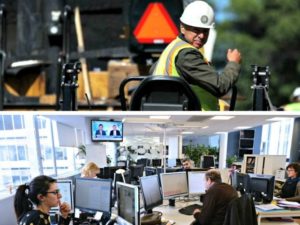 In our present society, many people make much of their work and define their self and self-importance by the work they do. Work may generally be defined as how any one person may earn their living to pay whatever expenses and financial obligations they may have. Nevertheless, many people make much of their work and define themselves and self-importance and their self image by whatever they do to earn a living. Thus it would appear that professionals such as lawyers, doctors, accountants, and many businessmen or executives feel and acquire a sense of greater worth or superiority in terms of the work they are doing or may do.

In fact, in the world there are two kinds or work. One is work which involves a more physical aspect, such as a policeman, fireman, a plumber or a carpenter. These occupations and types of work are somewhat incorrectly defined as “blue collar.” Blue collar work also includes framers, electricians, and military personnel. The second type of work in the world is work which is defined in more mental or perhaps written activity. This group is defined as “white collar.” The group defined as white collar workers include those in such occupations as lawyers, doctors, academics and all sorts of teachers.

For some reasons ,there are forces within our society that define these white collar or, for want of a better word, more intellectual occupations as giving them a superior position in society. It is almost as if a professional who does not work with his hands and more with his head and more with telephone conversations, letters, and e-mails is defined by many people as upper or middle class because of their particular work. Perhaps it is because they wear a suit and go to an office building that our society defines these people as high class as opposed to their blue collar brothers whose work is more manual or physical.

This thinking I suggest is erroneous and incorrect. Physical work or activity is no less significant or important than the white collar work that lawyers, doctors or executive do. Those who say that the work of a lawyer is more important than that of a farmer are clearly and absolutely incorrect. No one in this world can survive for one day without farmers. We might more easily do without executives or lawyers for a few day, or more.

The same is true of military personnel who defend their country against foreign invaders or attack or the bus driver who takes people to their destination safely and intact. All occupations are equally important and equally necessary. Our entire system and society is interdependent on every occupation and work that any one person may do. It is an intellectual error and an essential of act of arrogance to make the office worker or executive higher class than the firefighter or policeman.

It is somewhat puzzling that our society raises the white collar occupations to some sort of class status in our society. I very much fear that this is the case and it is rather foolish to come to this conclusion when we all know that none of us can do for one day without the police, one day without the firefighter or even a day without sanitation collection. The fact that there are various types of work in our society cannot lead anyone who has given the matter any thought to the conclusion that because there are different types of jobs or different types of work that any one is more important or less essential. Perhaps it is almost an act of defective human nature or label blue collar or physical occupations as of somewhat less significance than the white collar work I have mentioned.

In a sense, there is basically no difference and no distinction. I have heard the word “working class” used. The word is a class status or class definitional statement. To attach these labels to blue collars or physical occupations is to denigrate all of the work that these men and women do, much of which is more important than what the CEOs do. When a fireman saves lives and a military person defends us against people who threaten our society the word “class” as attached to those activities begs the question.

Finally, as a Christian that follows Christ and the historical Christian faith, we believe that God revealed himself in Christ born in a stable and whose occupation was a carpenter. At the Sea of Galilee, he called some disciples who were fishermen from their boats to follow him. St. Paul was a tentmaker and the followers of Christ were sinners. Jesus was accused of consorting with publicans and sinners and the question was asked can anything good come out of Nazareth. He died the death of an executed criminal beside two criminals.

To speak of a blue collar class-defined occupations in light of these facts and this history is an unspeakable and unanswerable intellectual error and is the product of a world thought system misleading, incorrect, and wrong.